At the Center of Attention—Gesture, Police, and the Commodification of Protest

In 2008, mounted police officers in uniform patrolled a transient space at Tate Modern. Crowd control tactics were applied to an incidental assembly of people during a weekend of art performances. The widely discussed piece, Tatlin’s Whisper #5, by Cuban artist Tania Bruguera, took spectators by surprise, confronting them with common police tactics. Bruguera created a shift in context by transferring mounted police into an art space, exhibiting their violent gestures, weapons, and equipment while focusing on interactions with the audience. Bruguera’s performance is only one example from an increasing number of artists who incorporate the aesthetics of riot control and protest movements into their work. Parallel to the artistic interest in protest and riot, there has been an intensified appropriation of these specific aesthetics into the greater sphere of popular culture. Music videos, advertising, and movies draw on both fictitious and real uprisings along with their symbols, material culture, and gestures. Recent years have seen protest movements from across the political spectrum. There have been examples from the left, like the Occupy movement from 2011 to 2012, the Spanish anti-austerity movement from 2011 to 2015, and the Donnerstagsdemonstrationen (Thursday demonstrations) in Vienna, from 2000 to 2006 and 2018 to 2019, as well as from the right, such as Pegida, ongoing since 2014, and the Unite the Right rally in Charlottesville in 2017. Then there are movements that cannot be clearly classified politically, like the gilets jaunes (yellow vests) in Paris, ongoing since 2018, and the worldwide Fridays for Future movement, also since 2018. The following analysis focuses on historical and contemporary examples of different artworks that deal with protest aesthetics and the incorporation of gesture. Three categories of artistic strategy are examined: firstly, reinterpretations of the material culture of protest movements; secondly, re-enactments of specific (historical) moments of protest; and thirdly, the direct involvement of artists in protest movements. 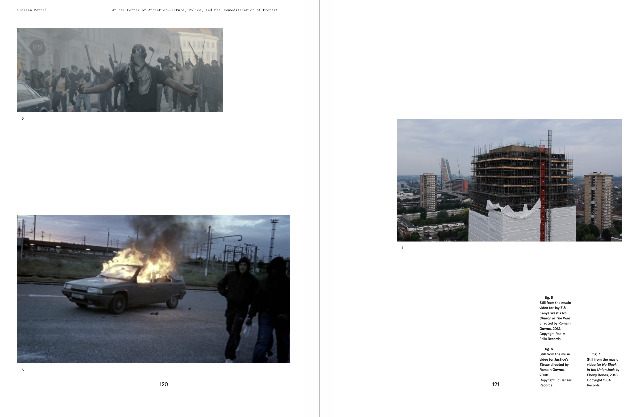