Police, Technology and the Commodification of Protest

In 2001 British artist Jeremy Deller worked with the residents of the English village Orgreave to re-enact a historic episode that is considered a turning point in modern British history. The “Battle of Orgreave” was a violent confrontation between police and striking workers at a coking plant in June 1984. Described as “almost medieval in its choreography” the battle brought the British public’s attention to the violent power of Thatcherism. Deller’s re-enactment managed to address a historic moment in British history, making it tangible for a whole community, and bringing it to a wider audience to open up the underlying social, societal and political dimensions to discussion. In 2008, mounted police officers in uniform patrolled a transient space at Tate Modern. Tactics of crowd control were applied to an assembly of people during a weekend of art performances. The widely discussed piece, Tatlin’s Whisper #5 by Cuban artist Tania Bruguera confronted the audience with common police tactics. Bruguera created a shift in context by transferring mounted police into an art space, exhibiting their violent gestures, weapons, and equipment while focusing on interactions with the audience. Bruguera and Deller are only two examples from an increasing number of artists who incorporate the aesthetics of riot control and protest movements into their work. The proposed paper follows the thesis that the intensified interest in protest aesthetics and technology takes place against a background of economic and political crises—subsumed as neoliberalism—with the police, society’s first line of defence, being a vital actor in a social anxiety and a re-instalment of social order. The paper discusses specific works of art in the broader field of cultural production in order to analyse the common development as well as the breakpoints of the crisis-proneness of neoliberalism since the 1960s, the development and the transnational market of riot control equipment,the use of media technology as well as the aestheticization of protest. 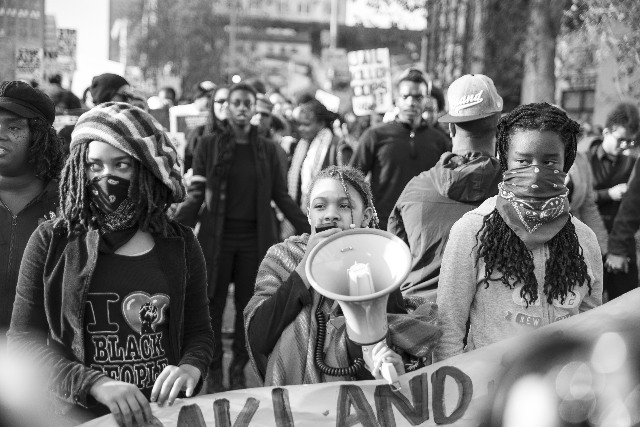