m20d20 is dedicated to the overarching topic „Global Village“. “The world is now like a continually sounding tribal drum, where everybody gets the message all the time… boom, boom, boom, go the drums…” Marshall McLuhan, 1960 The theory about the Global Village by Marshall McLuhan seems to contain many facets that pre-contextualized the current condition of social live on planet earth; e.g. the elimination of distances through the electronically interconnected globe and the rise of tribal culture. Is the Global Village the reality we are living in, or is it a reflection of a dream / a nightmare? With m20d20 the theme Global Village meets the mass tourist destination Flachau, which attracts 1.3 million visitors per year from all over the world. Flachau grows from 2.700 inhabitants in off-season to 18.000 people in high-season. This unique context provides extra room for interpretation of this year’s theme. m20d20 will present nine artworks that reflect on the theme Global Village in a critical, radical and/or ironic way. The participating artists come from Finland, Germany, Greece, Netherlands, Russia, United Kingdom and Austria and present works in the field of performance, video art, land art, sound art and sculptural art. As it is in the nature of m20d and in the way of working of the participating artists, all contributions cant be narrowed down to one specific art form. All artworks are produced on site and/or especially produced for m20d20. As for example, Wolfgang Obermair and Peter Fritzenwallner declare with their artwork ‘Flachau Boëdromios’ the entire village of Flachau to their stage. Appearing at various locations with props, Daihatsu minibus and video camera, the artists will produce a live-performance-video during their stay. The artist Anna Vasof will build a snowman who commits suicide during the three days of minus20degree with the help of a fancy hair dryer (Snowman Commits Suicide). The Russian artist Leonid Tishkov will make a stop in Flachau with his work "Private Moon" and will develop his new artwork "People in the Sky": photos from family albums of local people in a window frame, which is mounted high up in a tree. The festival center of m20d20 is a temporary village that will arise for the period of one week on a snowy field in Flachau. Architecture students will draw a masterplan in the snow and start to extrude buildings from it. Invited spatial thinkers will turn this hands-on workshop in a temporary university, a sort of White Mountain College. To enable the interaction between art, architecture and visitors, the main public program of m20d20 will take place in this temporary village. The central square of the village will give room to performances, lectures, sound and video art - and much space to celebrate the arts. 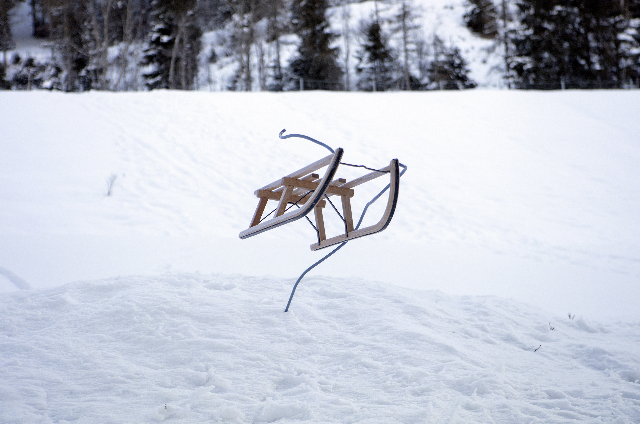