ABSTRACT An empirical study on the rules, design and acceptance of an ancient board game ("Pente Grammai"), starting from the reconstruction and redesign of the game. Tests at Viennese elementary schools will contribute to answering the question of what (for whom) constitutes a "good game". Based on the game theoretical approaches of Roger Caillois, the project "Locus Ludi" - a cooperation between the Institute of Classical Archaeology at the University of Fribourg and the Department of Cultural Studies at the University of Applied Arts Vienna - poses the question of the criteria of "good (board)games". The study of Pente Grammai is guided by several questions that use the game as culturalhistorical material: - Can games be used as a cultural-historical source or to what extent can games be reconstructed in their rules from fragmentary sources? (Cultural-historical aspect) - What influence do different narratives and rule systems have on the success of a game, i.e. on the preference for a particular game variant? (narratological-ludical aspect) - Are there age-, gender- and stratum-specific differences in the preference of game variants? (cultural-sociological aspect) Based on findings and theses from archaeological research and ancient sources, the "Five Line Game" (Pente Grammai) a) was first reconstructed in its possible rules in cooperation with archaeologists and game researchers, b) redesigned in several versions (two different rule systems [beating/nonbeating] and two narratives [travel/hunting] were created) and c) tested in an empirical survey with a population of 184 children aged six to eleven years from different social milieus, as well as a comparison group of 25 adults, in order to determine the preferences of the gamblers. The surveys provide information about the preferences of rules and narratives in games and the relationship between the two. For the first time, differences in preferences and their argumentation according to gender, age and social context could be identified. Some assumptions were confirmed, but others turned out to be prejudices in the sense of typical gender-specific and social stereotypes in the concrete survey. Finally, the study shows by means of the reconstruction, redesign and testing of an ancient board game that games are still an underestimated subject of cultural and social science research. 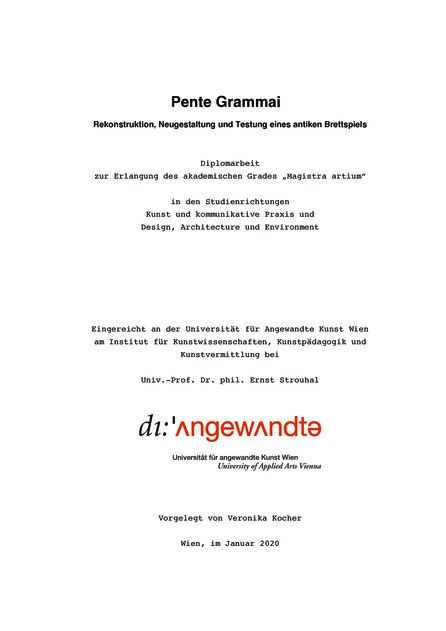